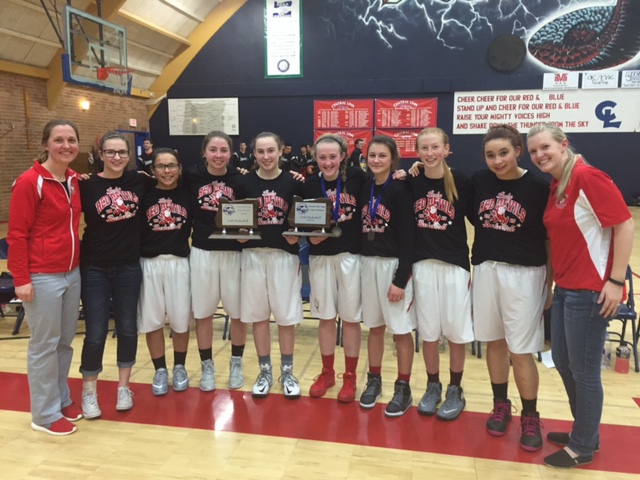 On Saturday, February 20th, the girls basketball team clinched their regular season as well as the district championship. Saturday’s game was against the number two team in the league, Siletz. Lowell had defeated Siletz on two prior occasions by 4 points each time. The girls came out ready for a big win, and held Siletz to only 2 points during the first quarter. They never looked back and won the game 54-40. Anna Cardwell was voted “Most Outstanding Player” of the Mountain West League, and she contributed 27 points to Saturday’s win, showing the league that her award was well deserved. Daisy Schnee also represented Lowell on the “First Team, All League “. Marisa Owsley, got to finish her 4 years as a Lowell basketball player as a member of the “Third Team, All League”. Marisa scored two three pointers in the first half of her final Mountain West game and takes great pleasure in the team’s district trophy. Lily Lane and Jenna Martini also both received “Third Team, All League” recognition.