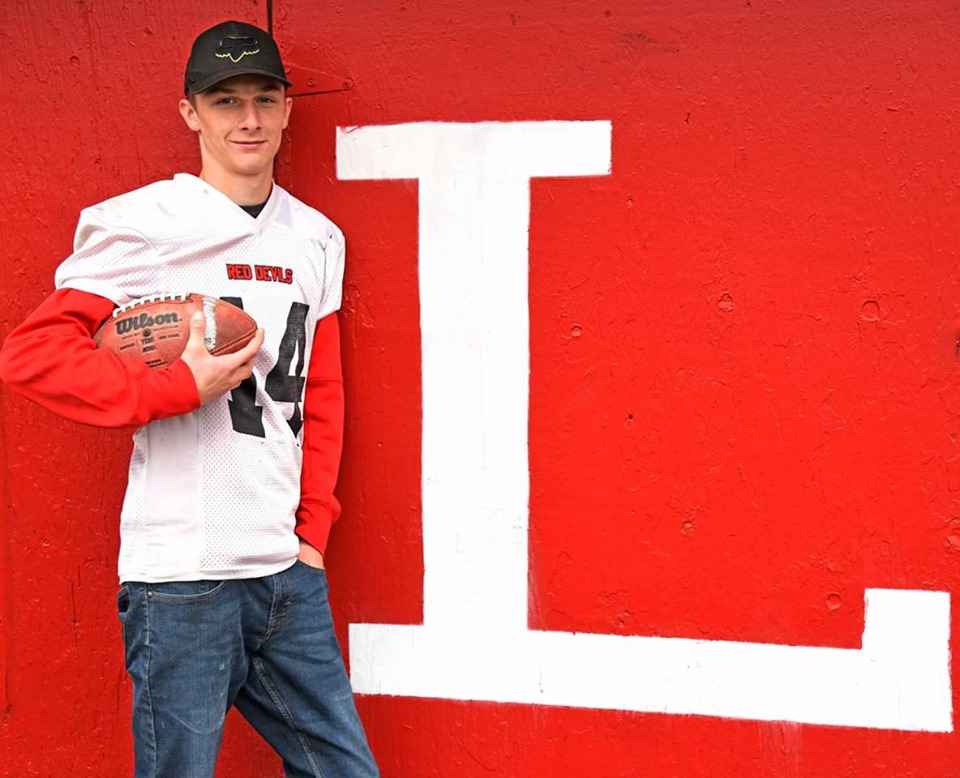 Senior Spotlight shines on Justin Corp! Justin has attended Lowell School District for four years and participated on the football, wrestling and baseball teams. His fondest memories were playing football with the boys. Justin loved having Mr. Todd for a coach because he made sports easy and fun and always had a good sense of humor. One of Justin’s funniest memories was at the Redmond Classic. He was throwing snowballs and one of the snowballs hit a man’s truck. The man told his coach and Justin thought he would get yelled at…but to his relief, no yelling happened. Justin would advise future students to get their work done! During his time in high school, Justin found spending many hours in the library and in Coach Todd’s classroom was the best way to be prepared for his classes and the football season. After graduation, he plans on working, learning and advancing to eventually becoming a heavy equipment operator. Justin Corp’s shout outs are to Coach Todd for helping him get better at football and Ms. Graham for helping him with academics! Congratulations Justin Corp!