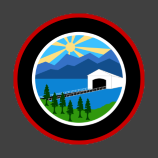 By Alisha Roemeling The Register-Guard

The Lowell School District has received a $1.3 million grant from the state to make seismic upgrades to Lundy Elementary School so that the school, built in 1940, could better withstand an earthquake.

But the district also is hoping to make additional upgrades and long-delayed repairs, replacements and expansions while it’s at it.

In a letter addressed to the community, Lowell district Superintendent Walt Hanline outlined what he considers crucially needed improvements, including safety and security upgrades, such as cameras and magnetic locking doors; sprinklers and other fire-suppression equipment; replacement of interior and exterior doors; science classroom upgrades; plumbing and electrical updates; removal of asbestos; and replacement of deteriorated floors.

He also described some of the major problems that the district has grappled with this school year as examples of why the district is in dire need of funding.

“Lowell schools are looking good cosmetically, but experiencing structural and mechanical failures,” he stated in the letter. “This winter we removed one failing radiator to reduce the load on our ancient boiler system. A sewage line rotted through, spilling 450 gallons of sewage under the cafeteria, and asbestos flooring in the high school hallways continues to deteriorate. (Additionally) we are failing our commitment to our students who depend on ADA accessibility.”

ADA refers to the Americans with Disabilities Act, which requires that public schools must be accessible to people who use wheelchairs or other mobility devices. The ADA does not require schools to spend an exorbitant amount of money to make those accommodations, or to alter programs in a way that would disrupt learning for others. However, if a school district cannot make a building accessible to the disabled, it still must find a way to make its classes and programs accessible.

Hanline said the district has spent money repairing failing systems — such as $5,000 spent to fix sections of a 77-year-old crumbling sewer pipe at the high school — when what actually is needed is complete replacement.

Because there’s such a long list of needed repairs and improvements at the district’s two main schools — Lundy Elementary School and Lowell Middle/High School — Hanline said the district will need an additional $8 million — on top of the $1.3 million grant — to cover the costs.

He said he’s hoping that half of that money will be funded by district taxpayers via a $4 million voter-approved general obligation bond. If the bond passes, the state could offer a matching $4 million grant under the Oregon School Capital Improvement Matching program — a temporary rule approved by the state Department of Education that allows communities that pass general obligation bonds to improve local school buildings to receive up to $8 million in matching funds.

The state, however, could decide not to include the program in its 2017-19 budget.

Even if the state does allocate funds to the match program for the 2017-19 biennium, Hanline said that whether the district receives the extra money from the state is quite literally a luck of the draw.

“The state grants are provided using a random draw, or lottery system,” he said. “We have been unlucky twice now and are hoping that the program is included in the final 2017-19 (state) budget. If it is, (we hope) that Lowell’s name is drawn in the next funding round, which will happen midyear.”

If the district is not chosen to receive the grant, or if the state chooses not to invest in the program, Hanline said the district still will seek a voter-approved bond from the community in the November 2017 election.

“We have to,” Hanline said. “We have millions of dollars of work that needs to be done.”

Maureen Weathers, a business office assistant in the district, said it’s been 22 years since the district has passed a bond.

“We’ve talked a lot about going out for a bond, but we’ve always looked at completely redoing all the schools — which is a huge price tag — instead of what we’re doing now, which is looking at making upgrades to what we currently have.” Weathers said.